A Carnival of Chimeras by Stephen Woodworth 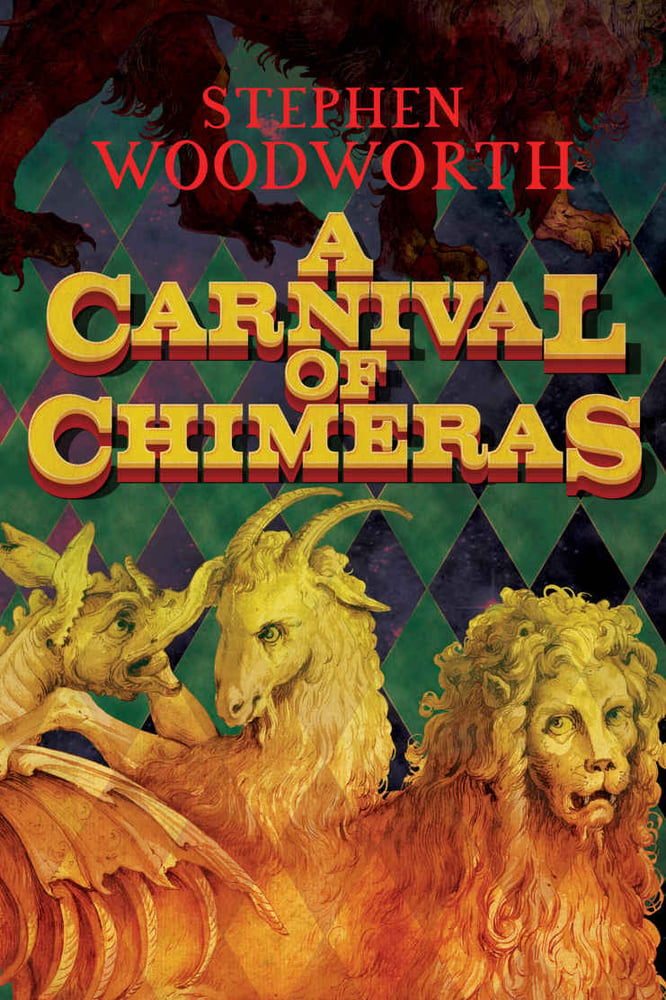 Over the past two decades, Stephen Woodworth has established himself as one of the leading writers of weird fiction in our time. His short stories have appeared in the Magazine of Fantasy and Science Fiction, Strange Horizons, and many anthologies. In this volume, his first short story collection, Woodworth demonstrates his mastery of a diverse array of themes and motifs and his power to evoke terror and weirdness with skill and panache.

Woodworth’s tales range widely in setting and subject-matter, from “Voodoo” (which summons up terrors in New Orleans) to “Street Runes” (set in Woodworth’s native Southern California) to the dream-world of “In the City of Sharp Edges.” A distinctive sort of zombie is found in “The Silent Majority,” while “Serial Killers” and “Scary Monsters” find terror in other familiar tropes of weird fiction. “Voodoo,” “Revival” and “A Tour of the Catacombs” evoke Lovecraftian terror at their most chilling.

Throughout his tales, Woodworth displays a humanity that portrays his troubled and disturbed characters with sympathy and psychological depth as they wander through a world whose terrors are both real and fantastic.

Stephen Woodworth is the author of the Violet Eyes series of horror novels (Through Violet Eyes, With Red Hands, In Golden Blood, and From Black Rooms) and the coeditor of the anthology One Night at the Villa Diodati.