A King Called Arthor and Other Morceaux by Donald Sidney-Fryer 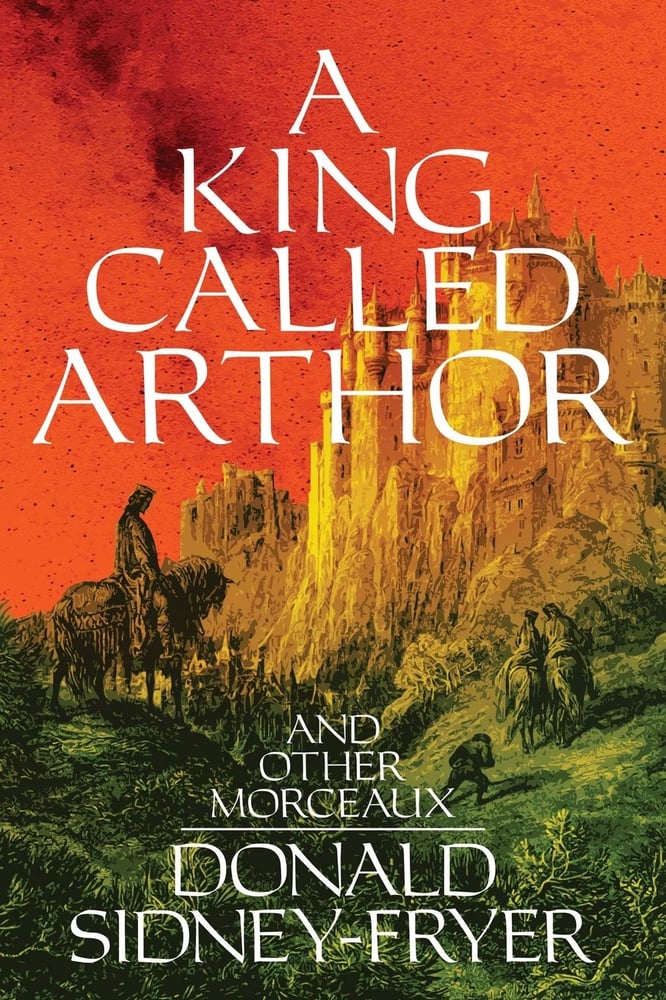 Published by our friends at Hippocampus Press!

Donald Sidney-Fryer has been a towering presence in the world of fantasy literature for more than five decades. As an octogenarian he continues to exhibit his expertise and broad literary range in this volume of miscellany.

The volume leads off with a substantial work of fiction—the novel A King Called Arthor, in which the author retells the story of King Arthur, Merlin, Uther Pendragon, and the other memorable figures that constitute the legendry surrounding this Dark Age warrior. Applying his profound knowledge of Arthurian myth as well as his familiarity with the history of Britain in that remote age, Sidney-Fryer revivifies all the characters in this saga in a stirring narrative.

Sidney-Fryer’s recent essays and reviews speak eloquently of his passion for the best that weird and fantasy fiction has to offer. Numerous essays discuss Clark Ashton Smith, the chief focus of the author’s scholarship over the years. Sidney-Fryer also sees H. P. Lovecraft as a “beacon and a gateway” to the realms of the weird, and he also has high regard for the pulp fiction of Robert E. Howard. More recent poets, such as K. A. Opperman and Ashley Dioses, have received Sidney-Fryer’s imprimatur as worthy successors to the classic poets of the early 20th century.

Donald Sidney-Fryer is a legend in his own time, and this volume attests to the acuity, diversity, and humane scholarship that infuses every story, poem, essay, and review he has ever written.