After Engulfment: Cosmicism and Neocosmicism by Ellen J. Greenham 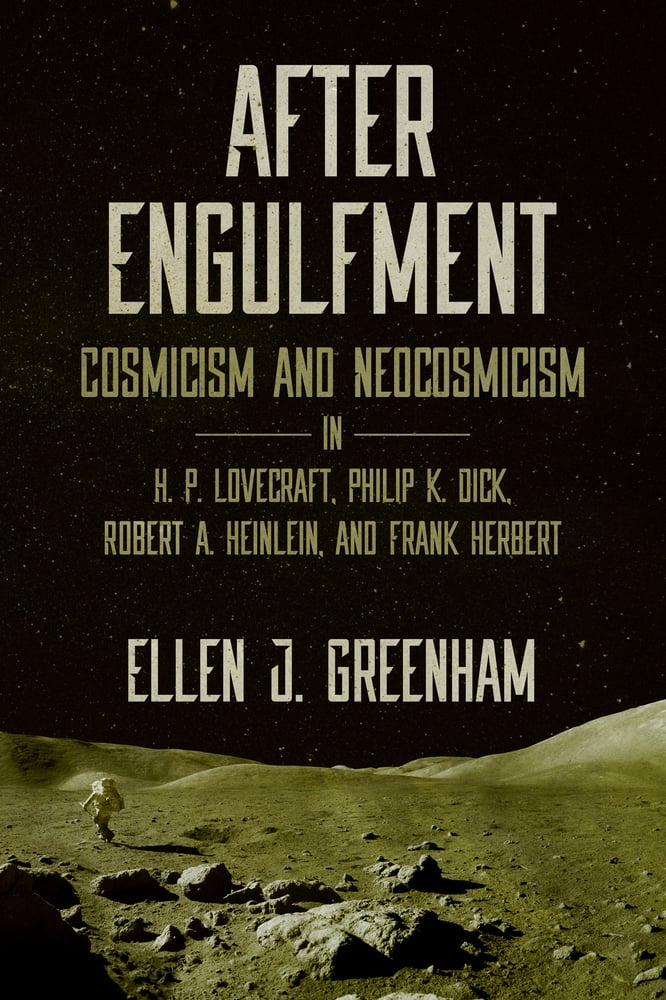 Available to be signed/inscribed by cover designer Dan Sauer upon request at no charge. Please specify how you'd like it to be signed in the comments section of the order form.

Published by our friends at Hippocampus Press! Cover art/design by Dan Sauer (making use of a NASA photo). 6x9 Paperback, 340 pages.

In this pioneering work of criticism, spanning the genres of weird fiction and science fiction, Ellen J. Greenham examines H. P. Lovecraft’s influence on canonical science fiction writers and the use of Lovecraft’s cosmicism as a lens through which selected works by Philip K. Dick, Robert A. Heinlein, and Frank Herbert can be interpreted. Put simply, After Engulfment examines the experience of being human in an impersonal universe.

In Greenham’s analysis, Lovecraft’s cosmicism offers human beings limited options in madness or death as responses to the inescapable revelation of their own insignificance and ephemerality in the universe. The neocosmicism of Dick, Heinlein, and Herbert offers another pathway in the framework for how humans might respond when facing engulfment. Rather than yielding to despair, neocosmicism offers an experience that leads to the revitalisation of the human’s relationship with the universe it inhabits.

In its broad reach and keen, sensitive study of many of the leading texts of 20th-century horror and science fiction, After Engulfment presents a new way of looking at Lovecraft and his literary legacy.

Ellen J. Greenham is a Lecturer in Career Learning at Murdoch University in Perth, Australia. She is the author of papers on Jim Morrison, neocosmic apocalypse, and American and Russian science fiction.