The Grey Chamber: Stories and Essays by Marjorie Bowen 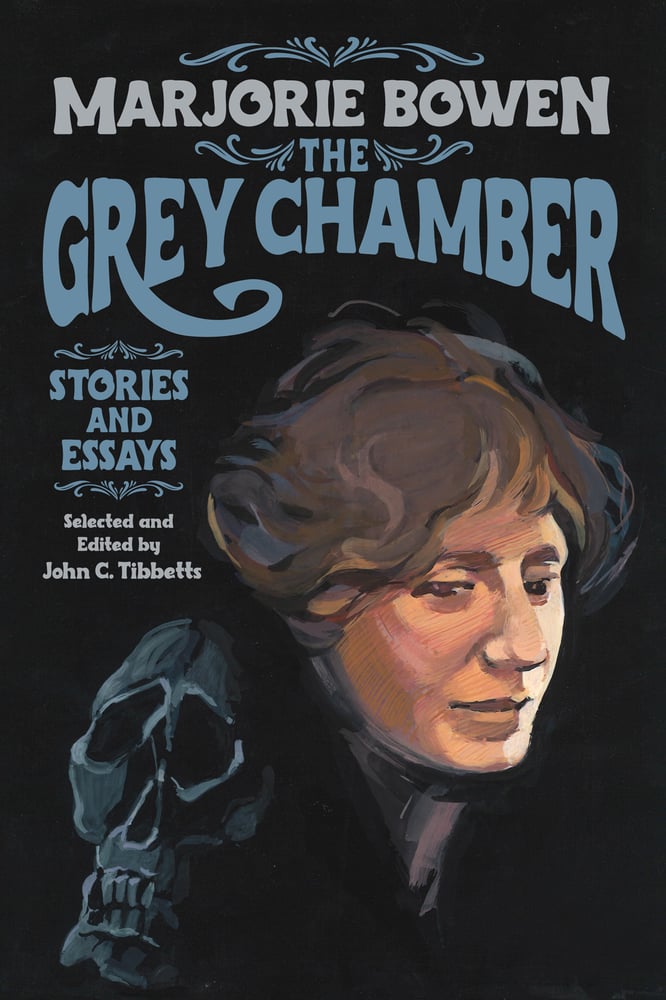 British writer Marjorie Bowen (the pseudonym of Margaret Gabrielle Vere Long, 1885–1952) was a prolific author of short stories, novels, essays, and other works, many of them reflecting her turbulent life as she lived through two world wars and the death of her first-born child and first husband. She retains a stellar reputation as an author of powerful weird stories, including such classics as “The Avenging of Ann Leete” and “The Crown Derby Plate,” both included in this volume.

But editor John C. Tibbetts, author of a pioneering recent study of Bowen’s work, has combed through her entire corpus of fiction to present a wide-ranging selection of stories and essays in this volume. We find less celebrated horror tales such as “The Scoured Silk” and “Florence Flannery”; stories on the changing roles of women in Bowen’s era; and even a time-travel narrative involving the composer G. F. Handel. These and other stories make clear why August Derleth long desired to publish a book of her supernatural tales with Arkham House.

Among Bowen’s essays, Tibbetts has selected those that reflect her interest in the Elizabethan magician John Dee, the artist William Hogarth, and other subjects. Also included is a previously unpublished essay on her own work, “Through the Eyes of an Author.”

All in all, this volume exhibits Bowen’s remarkable breadth and range; but her recurring interest in the weird permeates every one of these pieces.

John C. Tibbetts is a professor at the University of Kansas and the author of The Furies of Marjorie Bowen (2019), the first full-length critical study of her work. He has also written The Gothic Imagination (2011) as well as books on music and film.

Introduction: “An Enchanting Brewer of Dread”

Part One: Selected Short Stories
The World’s Gear
Scoured Silk
The Grey Chamber
Serenata
Sheep’s-Head and Babylon
The Avenging of Ann Leete
Jessie’s Pink Balloons
The Sign-Painter and the Crystal Fishes
“He Made a Woman—”
The Accident
The Proud Pomfret
Madam Spitfire
The Burning of the Vanities
A Famous Woman
An Initial Letter
The Crown Derby Plate
The Blue Glove
Florence Flannery

Part Two: Selected Essays
Two Memoirs
Women and the Arts
Magic, Alchemy, and Witchcraft in the Age of John Dee
Royal Pageantry
A Polemic against “Official” Christianity
William Hogarth’s London
Through the Eyes of an Author