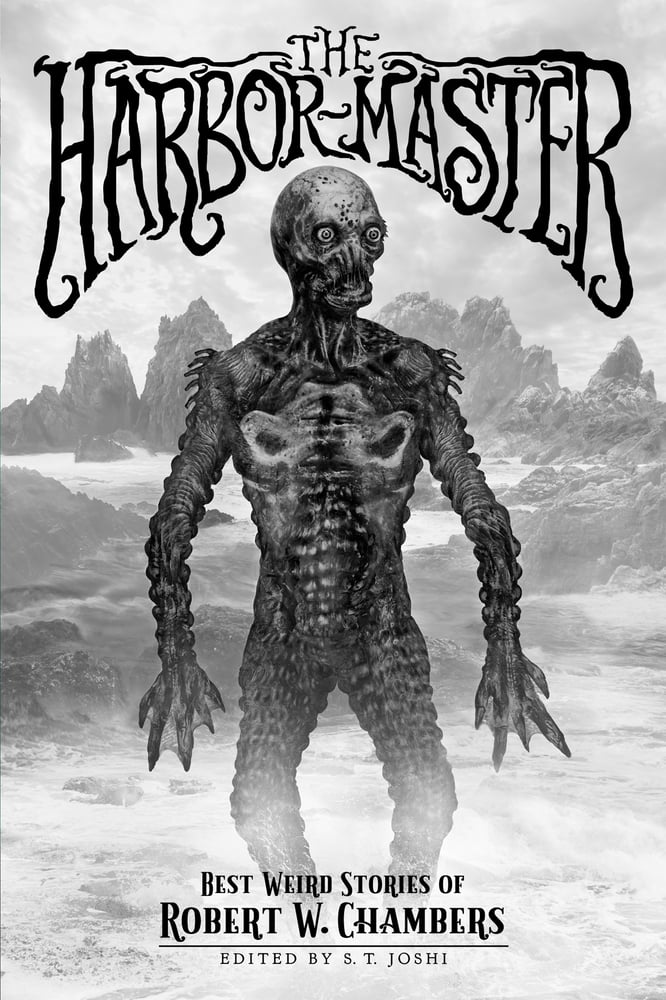 All of our remaining copies are signed by S. T. Joshi! Available to be signed/inscribed by cover designer Dan Sauer upon request (at no charge). Please specify how you'd like it to be signed in the comments section of the order form.

This volume presents the best weird fiction of the American writer Robert W. Chambers (1865–1933). Chambers attained celebrity for the enigmatic volume The King in Yellow (1895), and this book reprints several of the most notable tales from that collection, as well as such later volumes as The Maker of Moons (1896), Thye Mystery of Choice (1897), In Search of the Unknown (1904), among others. These stories display the power and strangeness of Chambers’s weird conceptions, making it understandable why his work has exercised so profound an influence on such later writers as H. P. Lovecraft, Karl Edward Wagner, Joseph S. Pulver, Sr., and many other leading figures in the field.

Introduction, by S. T. Joshi
The Repairer of Reputations
The Mask
The Yellow Sign
The Demoiselle d’Ys
The Maker of Moons
A Pleasant Evening
Pompe Funèbre
The Messenger
The Harbor-Master
The Carpet of Belshazzar
The Sign of Venus
The Ladies of the Lake
Bibliography