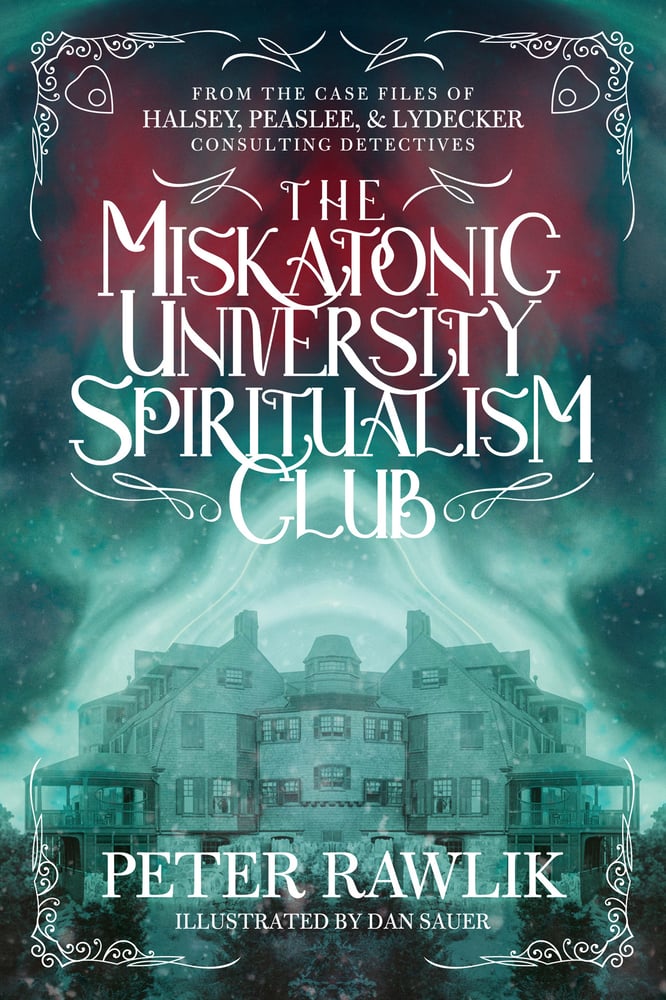 Halsey, Peaslee, & Lydecker,Consulting Detectives
Arkham’s newest detective agency doesn’t handle philandering spouses, missing relatives, kidnappings or even murders. Even so, they aren’t looking for work—if anything, they would appreciate some time off, to rest and recuperate.

The Miskatonic University Spiritualism Club
Dilettantes playing at ghost hunting—but the university knows better. If the club wants to borrow university equipment, they’ll need someone to chaperone them—someone that can handle themselves against the living, the dead—and whatever else the universe might throw at them.

The Krag
The crumbling mansion squats abandoned on a New England cliff, overlooking the cold, dark sea. They say its owner, a professor broken by tragedy, had spent years trying to contact the dead—only to vanish from behind the locked doors of the house itself. Nearly a decade later, the place remains untouched, and the caretaker won’t spend the night.

THESE ARE THE PLAYERS. THIS IS THE PLACE.

AND A GHOST STORY IS JUST THE BEGINNING.

"Imagine Nick and Norah Charles [from the Thin Man films] up against cosmic horror, Lovecraftian lore, and traditional Christmas ghost stories, and you're not far off from Peter Rawlik's charming, funny, frightening, and moving Miskatonic University Spiritualism Club. Save this one for bedtime on Christmas Eve—you won't regret it." —Shaun Hamill, Author of Cosmology of Monsters

“Rawlik is one of today’s great conjurors of mythos, magic, mayhem and monsters.”—Philip Fracassi, Author of Behold the Void

“Rawlik rampages through Lovecraft country like a grave-robber on formaldehyde. . . not so much a writer to watch as one to keep under constant supervision, animal tranquilizers, and heavy restraints.”—Cody Goodfellow,     Author of Radiant Dawn, on Reanimators