Under Twin Suns: Alternate Histories of the Yellow Sign 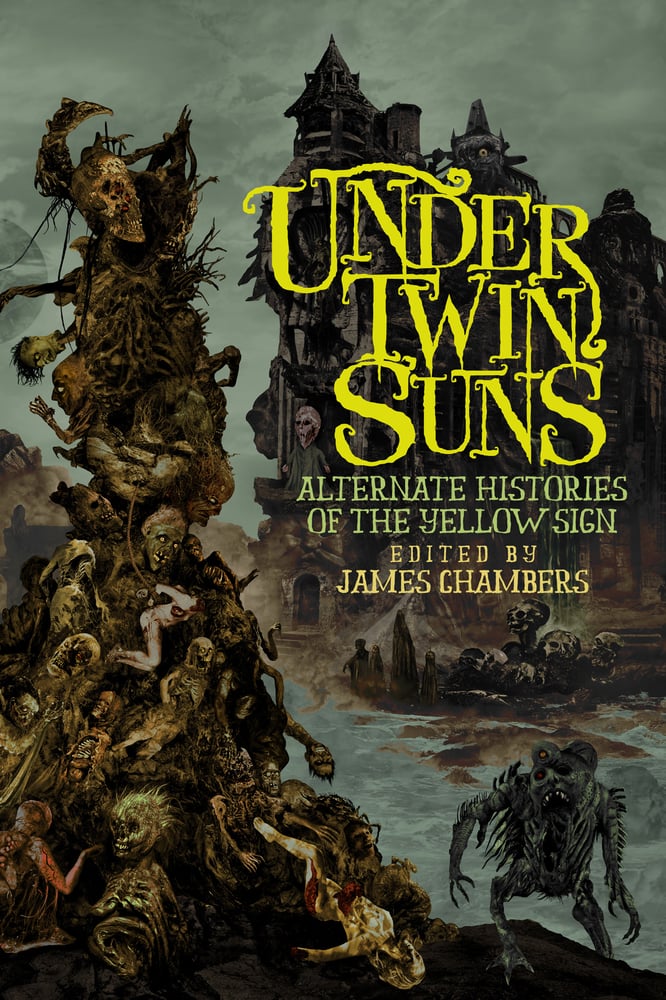 In this anthology of weird fiction, twenty-two authors who found the Yellow Sign share their harrowing visions of worlds shaped by its influence in stories and poems inspired by Robert W. Chambers’s foundational works of weird horror. From the personal to the historic, from the macabre to the fantastic, the stories and poems gathered here illuminate new, unexpected realities shaped by the King in Yellow, under the sway of the Yellow Sign, or in the grip of madnesses inspired by their power.

Robert W. Chambers’s classic work of weird fiction, The King in Yellow (1895), contained two stories that have exercised wide influence in the genre. “The Repairer of Reputations” introduced the world to The King in Yellow, a play in two acts, banned for its reputed power to drive mad anyone who reads its complete text. Another story, “The Yellow Sign,” used the experiences of an artist and his model to elaborate on the mythos of the Yellow King, the Yellow Sign, and their danger to all who encounter them. In those tales Chambers crafted fascinating glimpses of a cosmos populated by conspiracies, government-sanctioned suicide chambers, haunted artists, premonitions of death, unreliable narrators—and dark, enigmatic occurrences tainted by the alien world of Carcosa, where the King rules in his tattered yellow mantle. In Carcosa, black stars rise and Cassilda and Camilla speak and sing. In Carcosa, eyes peer from within pallid masks to gaze across Lake Hali at the setting of twin suns.