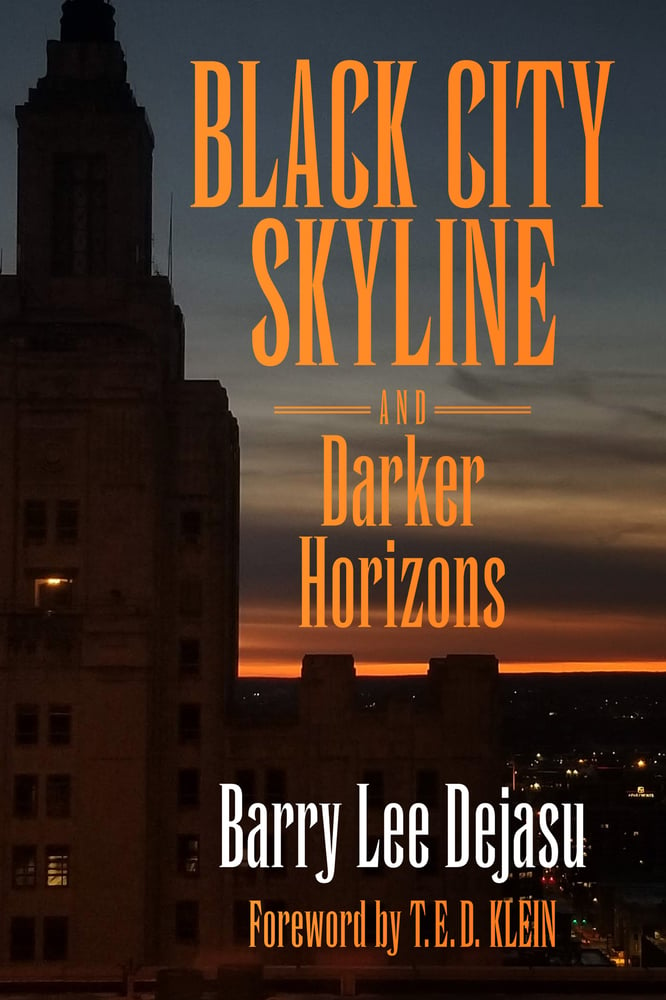 “Though I happened to read most of these stories in a snowbound country house over a chilly winter weekend, I don’t think it was entirely the cold that made me shudder.” —From T.E.D. Klein’s foreword

Barry Lee Dejasu published his first weird stories only a few years ago, but he has already emerged as a strong and vital voice in contemporary horror fiction. Born in Providence, R.I., erstwhile home of H. P. Lovecraft, Dejasu transfers the terrors of Lovecraft’s day to the contemporary world of computers, smartphones, and the Internet.

A Halloween party goes hideously awry in “Penumbra.” A hapless tenant in an apartment building discovers cosmic terrors in the laundry room in “What’s Below Beneath.” Sinister tales of a walking dead man wandering the highways are the focus of “He Walks This Road at Night.” An abandoned movie theater is the focus of strangeness in “Projector.”

In all his tales, Dejasu reveals an understanding of the psychology of fear, lending his narratives a distinctively disturbing quality. And his deft prose, his vibrant portrayal of character, and his skill in the gradual build-up of a horrific scenario go far in making Black City Skyline one of the most accomplished debut collections in recent years.

The Night Belongs to Us
Penumbra
The Place of Bones
Sleep Harvest
What’s Below Beneath
“Hello? Is Someone There?”
The Archive’s Wife
He Walks This Road at Night
Black City Skyline
Home Staging
M.O.T.W.
Tripping the Ghost
Projector
Crossback
The Night and All Its Visitors
Acknowledgments
About the Author