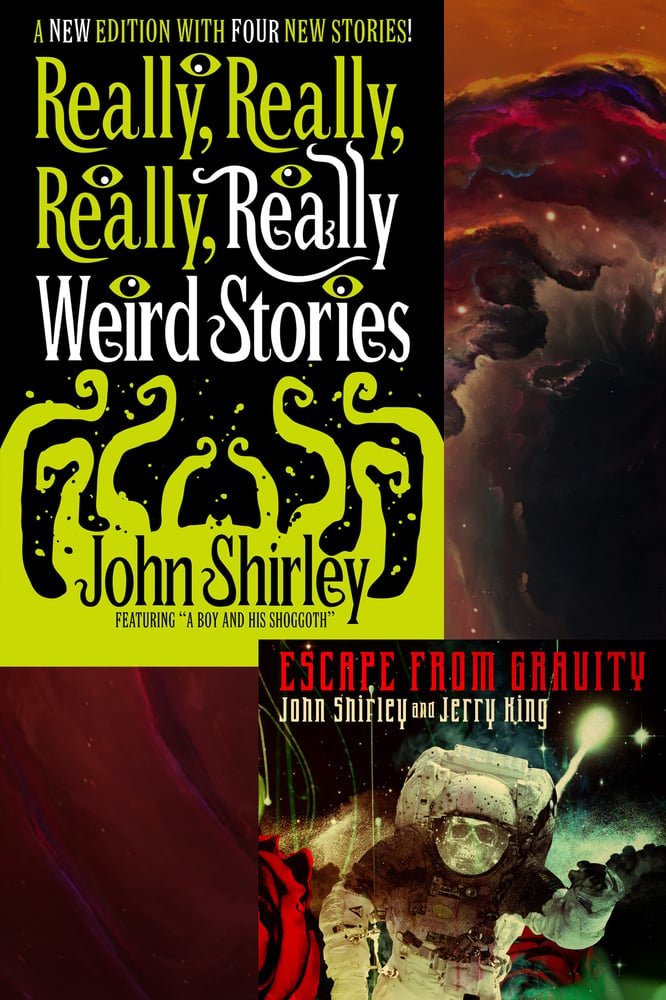 PREORDER - TO BE PUBLISHED LATE SUMMER 2022

Horror, sci-fi and Cyberpunk legend John Shirley has teamed with guitar ace and musical dynamo Jerry King (guitarist & songwriter for the bands Moon X and Cloud Over Jupiter) for a third album, ESCAPE FROM GRAVITY. For a limited time, order a physical CD of this ground-breaking album together with John's new edition of Really, Really, Really, Really Weird Stories! Several of the songs on this album were adapted from poems appearing in John's 2021 poetry collection, The Voice of the Burning House. Like the previous Shirley/King collaborations, this album fearlessly explores mind-bending themes with virtuoso arrangements... Shirley's weird stories, lyrics and vocals will combine with Jerry King's music to melt your brain!

As an added bonus, purchasing this CD bundle will entitle you to a special discount on The Voice of the Burning House. Just add both to your cart, and use the code word VOICE.

Each book in this bundle will be signed by John Shirley and cover artist Dan Sauer. CDs will be left unsigned unless signatures are specifically requested in the notes field of the order form.